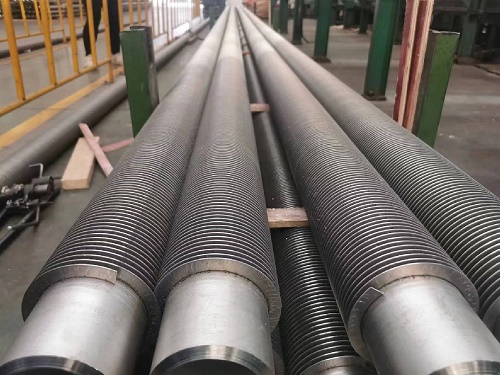 What is fin tube economizer?

The fin tube economizer is a device installed at the lower part of the flue at the tail of the boiler to recover the waste heat of the exhaust gas. It heats the boiler feed water into a heating surface of saturated water under the pressure of the steam drum. Because it absorbs the heat of high-temperature flue gas, it reduces the exhaust gas temperature, saves energy and improves efficiency. The fin tube economizers main heat transfer elements are fin tube.

What is fin tube superheater?

What is fin tube evaporator?

The fin tube evaporator is a very important part of the four refrigeration components. The low-temperature condensed liquid exchanges heat with the outside air through the evaporator, vaporizes and absorbs heat to achieve the refrigeration effect. The evaporator is mainly composed of a heating chamber and an evaporation chamber. The heating chamber provides the heat required for evaporation of the liquid to promote the boiling vaporization of the liquid; The evaporation chamber completely separates the gas and liquid phases. The fin tube evaporators main heat transfer elements are fin tube.